In the truest sense of the word, Christiane Feser has identified new facets to the question of what we actually see in a photograph. At first glance, her series Latente Konstrukte shows repetitive, multi-faceted geometric structures that repeat in grid-like manner; rectangles and triangles that partially bulge out in relief, but on the whole remain contained within a rhythmic surface pattern. These works are based on paper models the artist alters through bending and folding and then photographs, whereupon she reworks the photographs in plastic manner, re-photographs them, and so on. Only the original respective photograph has been taken digitally; all further alterations are made to the prints. The method, literally multi-layered and complex, is not immediately clear in the finished work. The first thing one notice’s is the closure of the composition, the severity of which recalls works by El Lissitzky and Piet Mondrian. What initially seems like the photograph of an arrangement of real objects is, however, as can soon be seen, a careful “construction” that required up to five steps to fabricate.While the systematically constructed “errors” are readily apparent to the naked eye, in the case of Feser’s work a trained eye is required, i.e. of the exact technique of the lighting and corresponding shadows, to understand the “breaks” that make a true unity of the black squares, joined together in partial relief, impossible.Her images are not abstract, but rather portray something that represents abstraction, recalling certain works of abstract art. But nothing is being represented here — because while something built in reality forms the departure point, it never existed in that form; what we see only “exists” in the picture.For her models, Christiane Feser also glues strips of paper together that she then introduces into a paradoxical, Mobius Strip-like process. The artist herself speaks of the “stacked time” in her images. But the stacks are glued together in a way that approaches error and cannot be taken away again independently of one another. Much like the holes and cracks in Kertész’s photographic plate that have become an inseparable part of the motif, even more levels are inextricably connected in Christiane Feser’s pictures — creating a labyrinth in which only those who can follow many threads simultaneously can find their way.

Guest presentation by Christiane Feser at the DFA Winter Meeting.

Gain exclusive insight into the studio practice of Christiane Feser.

Works by Christiane Feser, Igor Simic and Annegret Soltau will be presented in the exhibition Un-Mensch-Antastbar, curated by Ulrike Lehmann.

Book signing together with Peter Bialobrzeski 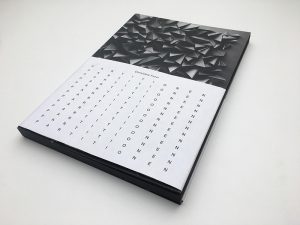 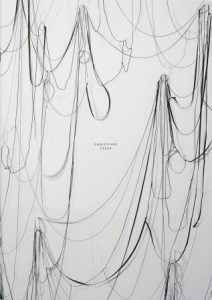 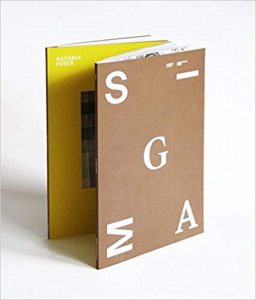 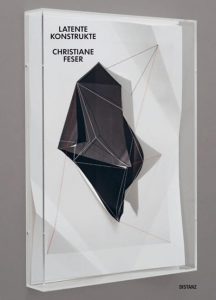 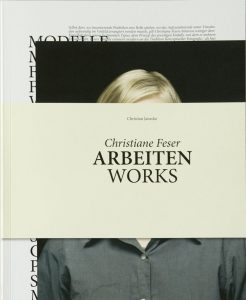 The 9 Stands to visit at Paris Photo 2017
FAD, by Mark Westall