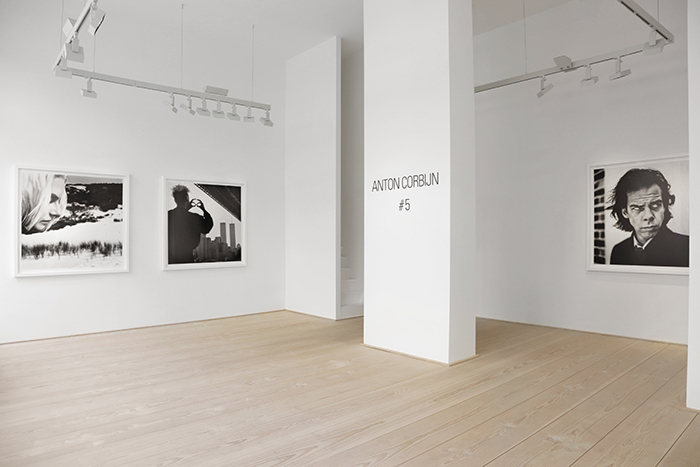 „The most important mile stones are the encounters with our artists. This includes, for example, Anton Corbijn, who, many years ago, gave me, as a nobody, the chance to represent his work to this day. I am also indebted to the intrepid future thinker and media scientist Peter Weibel. In particular, I benefited from all the colleagues who taught me how to run a gallery. I cannot express my thanks to them enough.”

Establishment of an Edition for contemporary art

Establishment of a gallery in Darmstadt. The first exhibition was Erhard Klein und seine Künstler (Erhard Klein and his artists), as an example for commendable gallery work

The first exhibition with Thomas Huber in the new Frankfurt area is sold to the Neues Museum in Nuremberg. A success that would be repeated several times with other exhibitions

The Saarländischer Rundfunk awards its Media Art Prize in 2005 to Anita Beckers. The broadcaster is thus honoring her commitment to promoting video art as well as her active support of young talent

Development of a widely recognized policy document for the professional handling of video art, which is still valid today

Opening of the SATELLIT project space in the old Technical City Hall of the City of Frankfurt – cooperation with professors and their students from all over Germany, i.a. Bjørn Melhus, Dieter Kiesling, Christian Janecke, Candice Breitz

Exhibition of the Jack Goldstein Connection, which was taken over in October 2012 by the Art and Cultural Center KuK in Monschau

Anita Beckers and Julia Sökeland initiate the video platform Blink Video (https://blinkvideo.de/about/). The website sees itself as a „living“ library for the moving picture. It offers, in addition to a temporary presentation of exhibitions or screenings, password-protected artistic works in full length for viewing. The platform today contains about 1,800 video works

Curation of the central media art exhibitions as part of the B3 Biennial of the moving image – 2013: Video art exhibition „Nonliteral“; 2015: main exhibition „EXPANDED SENSES“; 2017: Leading Exhibition „ON DESIRE. About the desire“

Opening of the joint gallery space with the Frankfurt design and art dealer Frank Landau in the Braubachstrasse. Exhibited are exhibition projects ranging from avant-garde to contemporary art, video art, and design