We are pleased to present an exhibition of drawings by Lena Ditlmann from Frankfurt in dialogue with silkscreen prints and photographs by Chicago-based Czech artist Jan Tichy in our gallery at the turn of the year.

Lena Ditlmann was born in 1982. She has lived and worked in Frankfurt am Main for twelve years. She is a graduate of the Offenbach University of Art and Design. She also studied for two years at the Städelschule in Frankfurt with Prof. Judith Hopf. Her works are mainly created with analog means and show abstract constructions based on mathematical structures of the visible world. Since 2016, Lena Ditlmann has been collaborating with Galerie Anita Beckers.

Jan Tichy was born in Prague in 1974 and lives in Chicago, where he teaches at the School of the Art Institute of Chicago. He works with photography, video and sculpture. His works are exhibited and collected all over the world. As an art educator, Jan Tichy sees himself in the tradition of the pedagogy developed at the Bauhaus. He is represented by Kornfeld Gallery in Berlin.

Beyond the direct linguistic reference to nature as a system of reference, the title of the exhibition refers to patterns of behavior that shape our social order and in turn emerge from it. How are we composed as a society and where does the individual locate itself? Who is in the system, and who is outside the boundaries, and why? Highly topical socio-political questions inscribed as deeper layers of meaning in the abstract pictorial works, which provoke reflection.

Lena Ditlmann’s formally reduced drawings consist of lines that interweave on color-primed cotton papers to form spatial structures with suggestive sensuality. Parallel, intersecting or overlapping lines are formed into spatially fields and bodies that exhibit mathematical qualities in their systematic structure. Lena Ditlmann finds inspiration for her visual language in nature. The artist is less interested in reproducing organic forms than in capturing their underlying systematics. In series with poetic titles such as „Odonata“ – the zoological term for dragonflies – Lena Ditlmann assembles her vocabulary of lines and signs that seem enigmatic into varying pictorial constellations. In the flow of the elements, the constructions begin to oscillate and are reminiscent of visual scores that, oscillating between strict order and the greatest possible freedom, make life visible as a constant process of transformation.

Jan Tichy works at the interface between video, sculpture and photography. His conceptual works are often created in confrontation with specific places and social contexts. As a lecturer at IIT in Chicago, he follows the tradition of the Bauhaus, whose critical historical and social reform spirit continues in Tichy’s work. The exhibitions presents two series of works that use abstract formal language to address complex social situations. The series „On Decomposition of a Plane“ consists of a sequence of silkscreen prints. Following the mathematical principle of parquetization, Jan Tichy assembles identical pentagons into gapless surfaces, only to fan them out again in a next step. By shifting the screens against each other in the printing process, he creates unique pieces with expansive overlays that, read as a series, thematize the dissolution of structures. The „Fensterbilder“ is a work complex created in 2020 during a residency at the Bauhaus Dessau, critically examining Lucia Moholy’s partially lost photographic legacy in the mirror of the past and present of the site and architecture of the Bauhaus in Dessau. 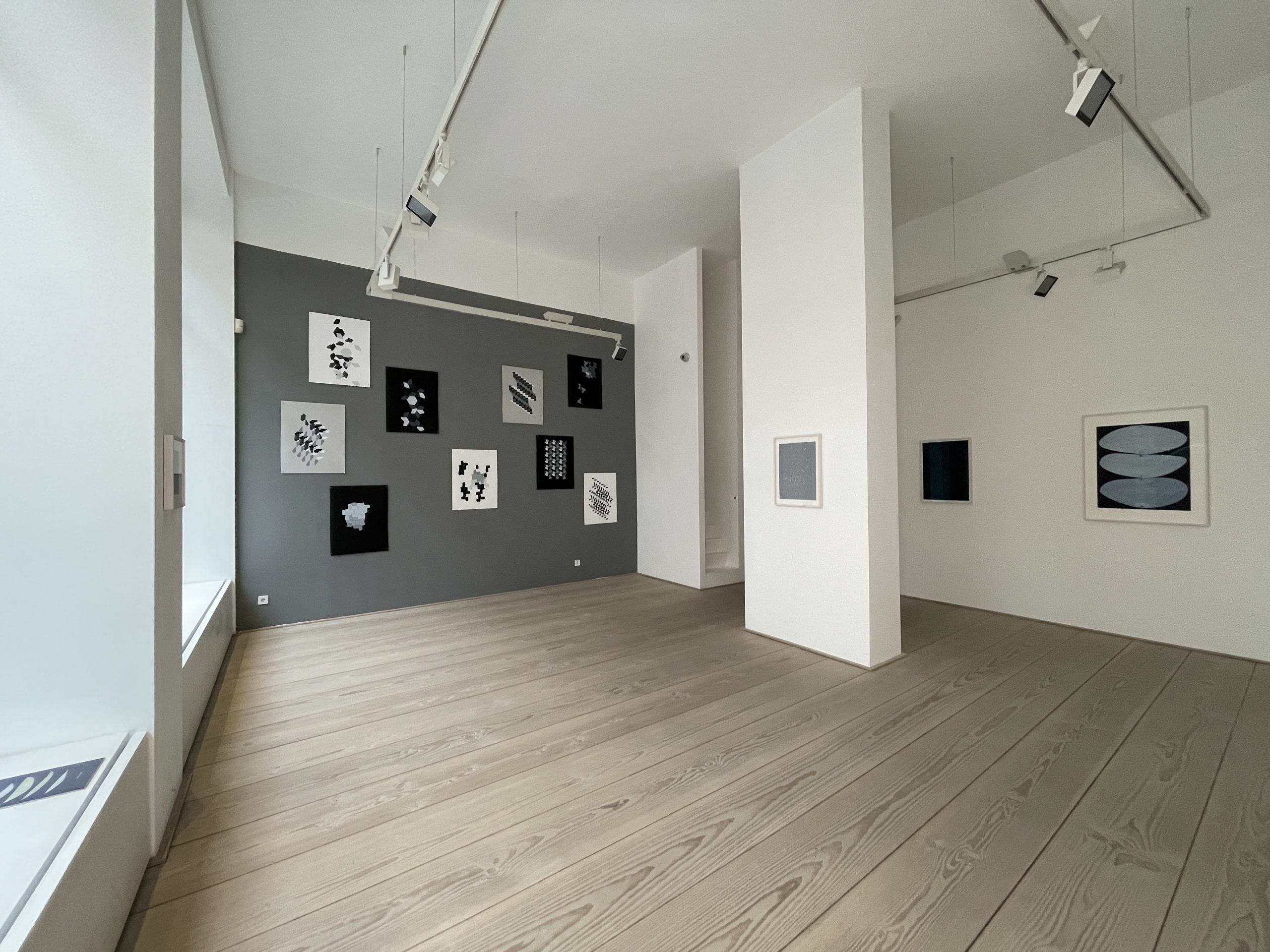 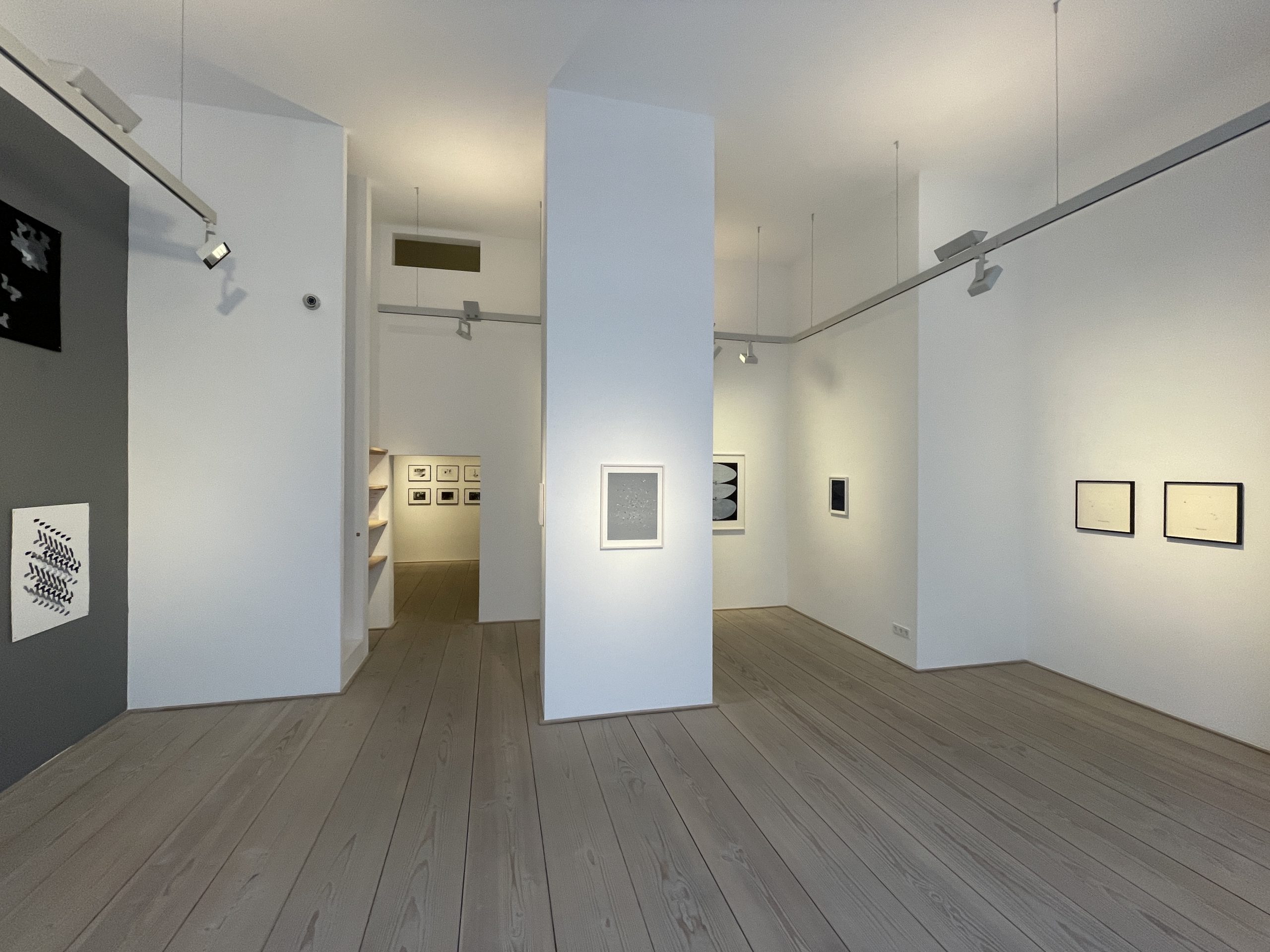 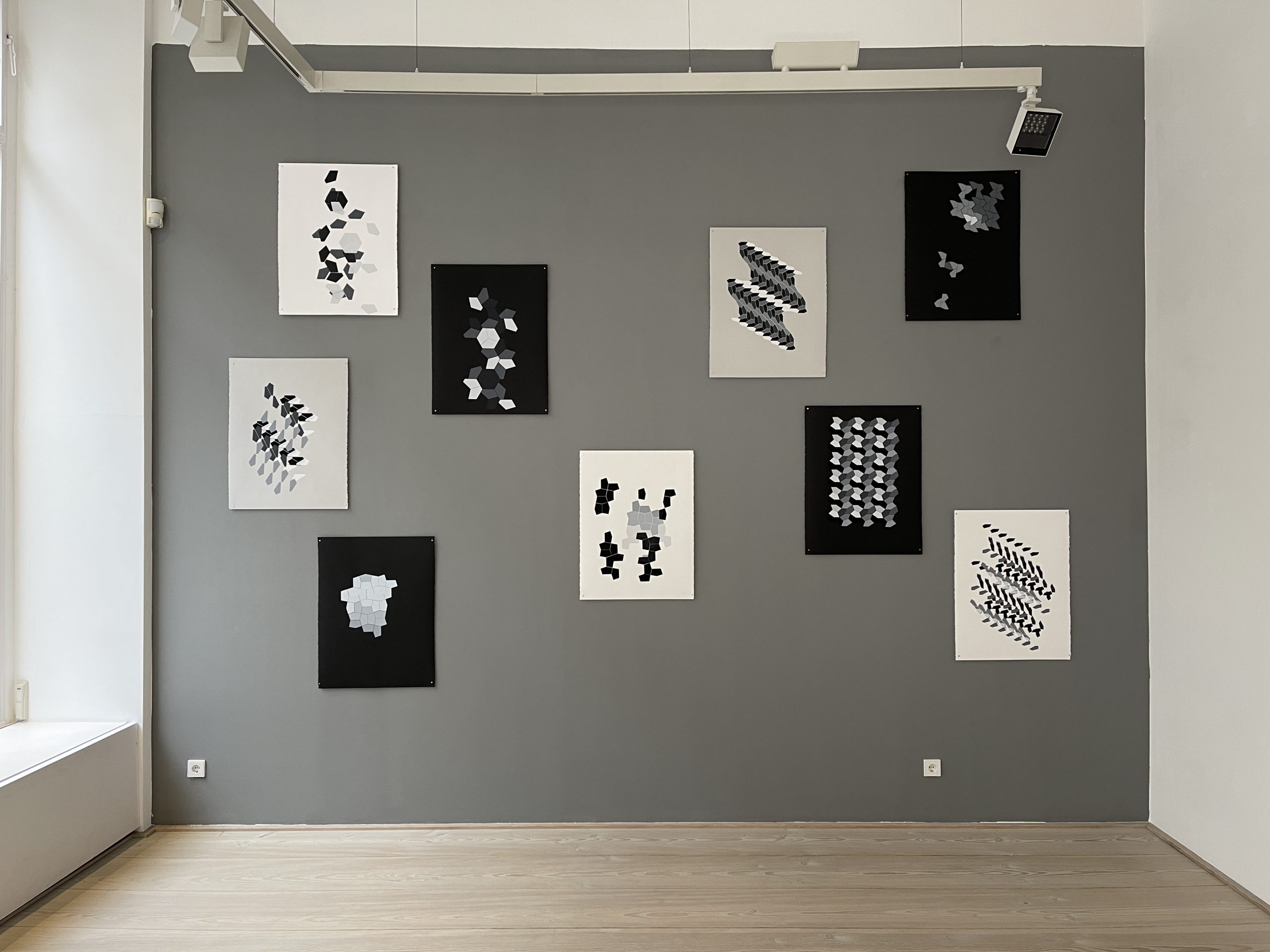 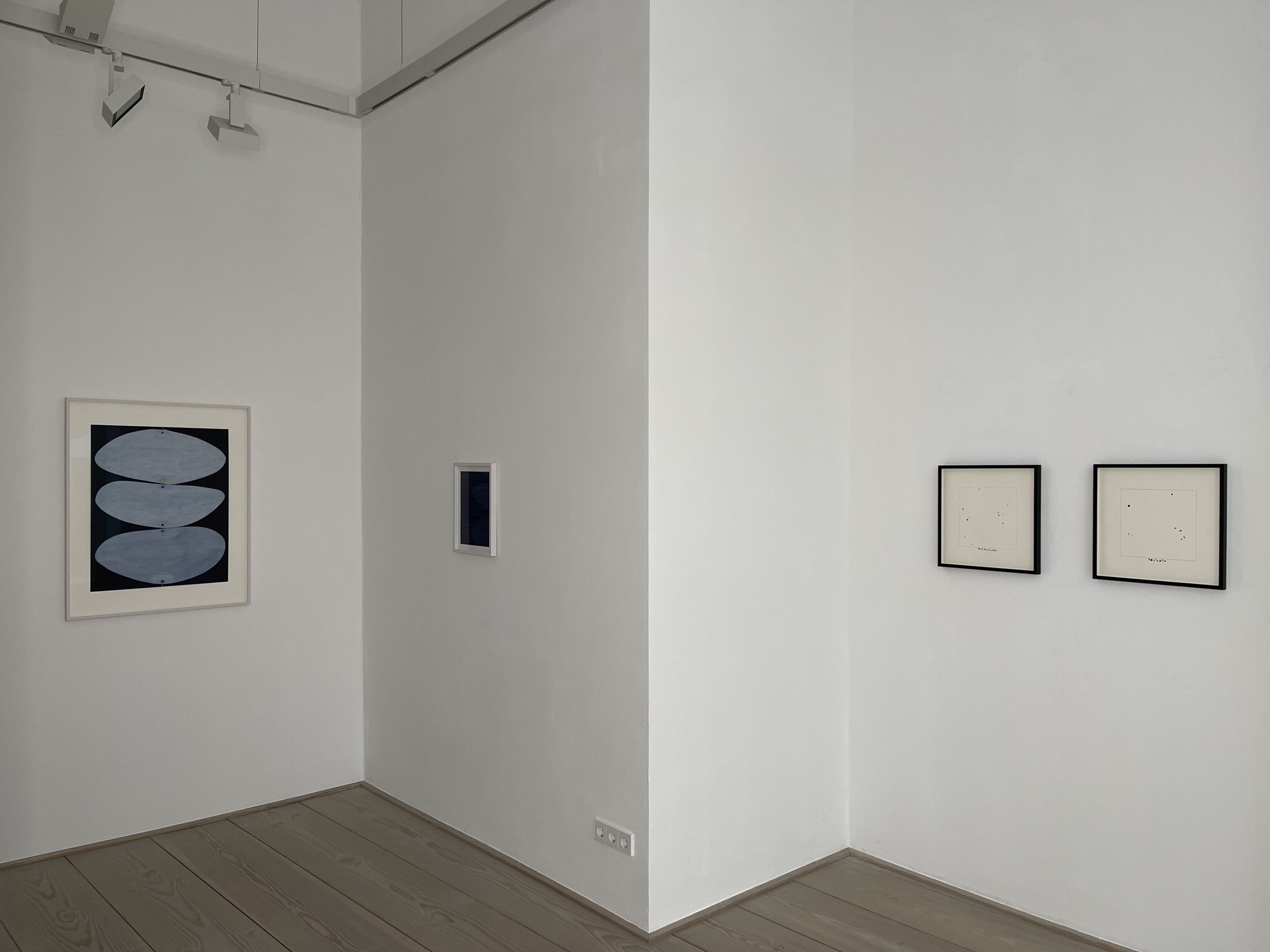 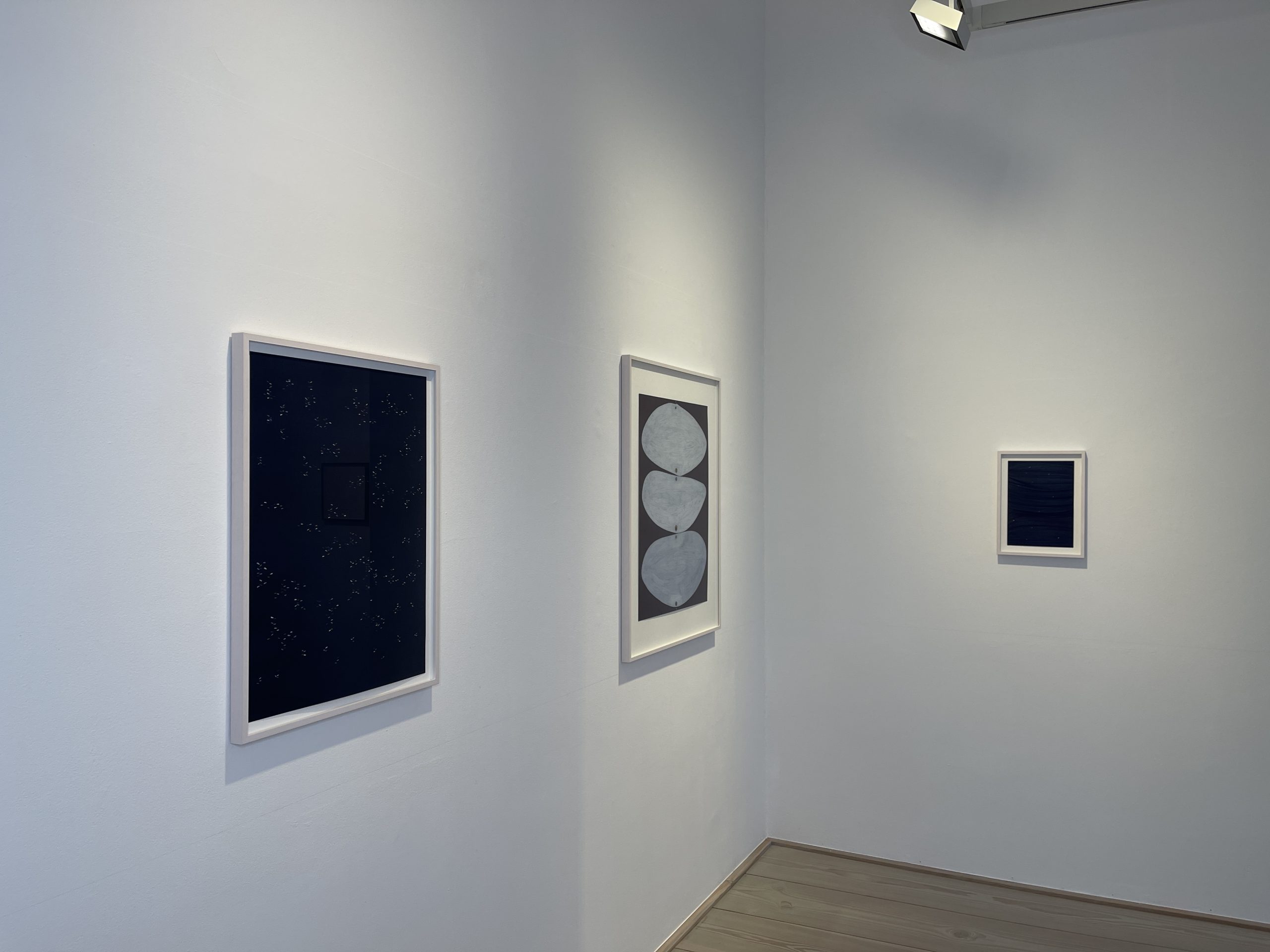 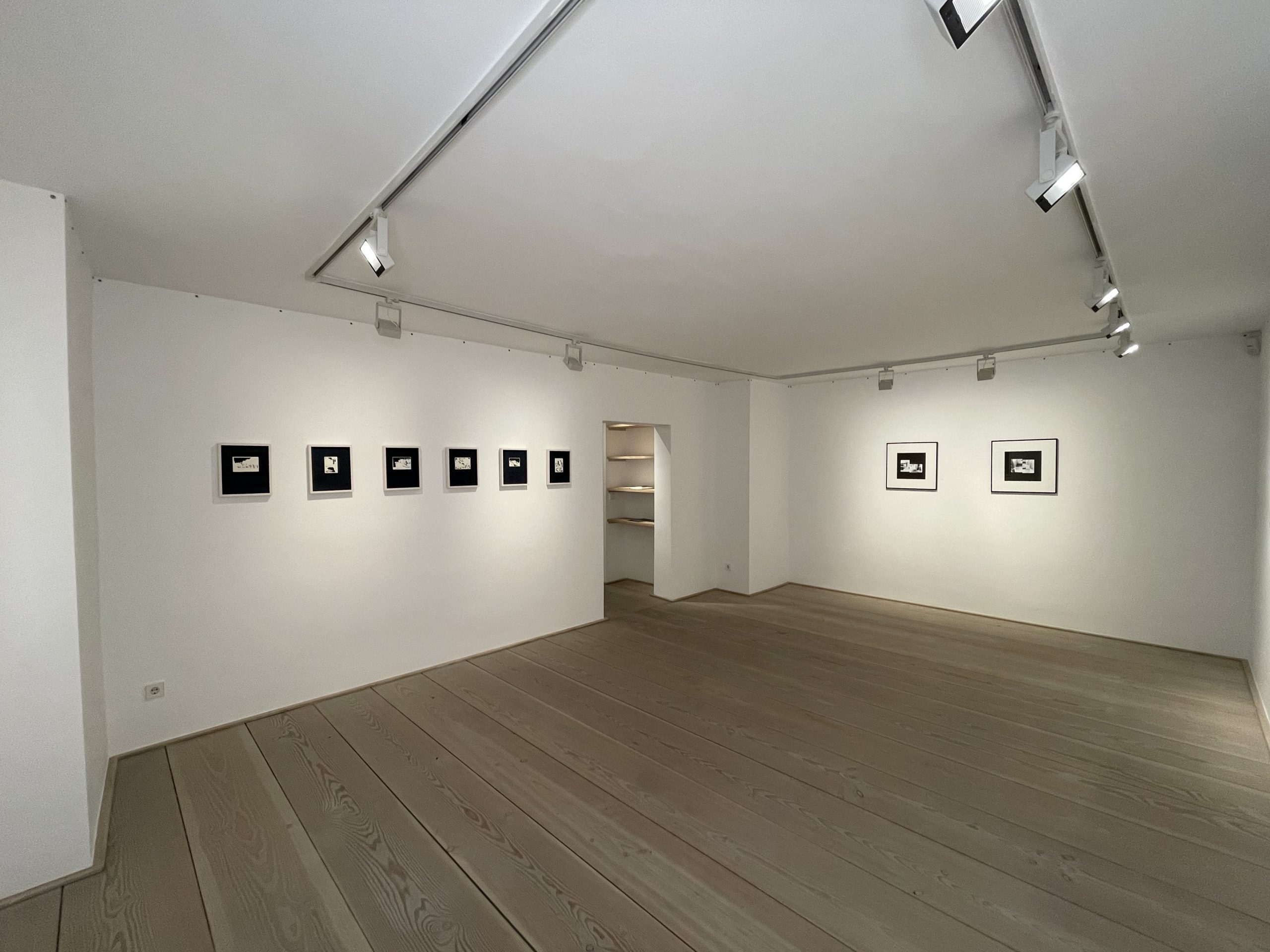 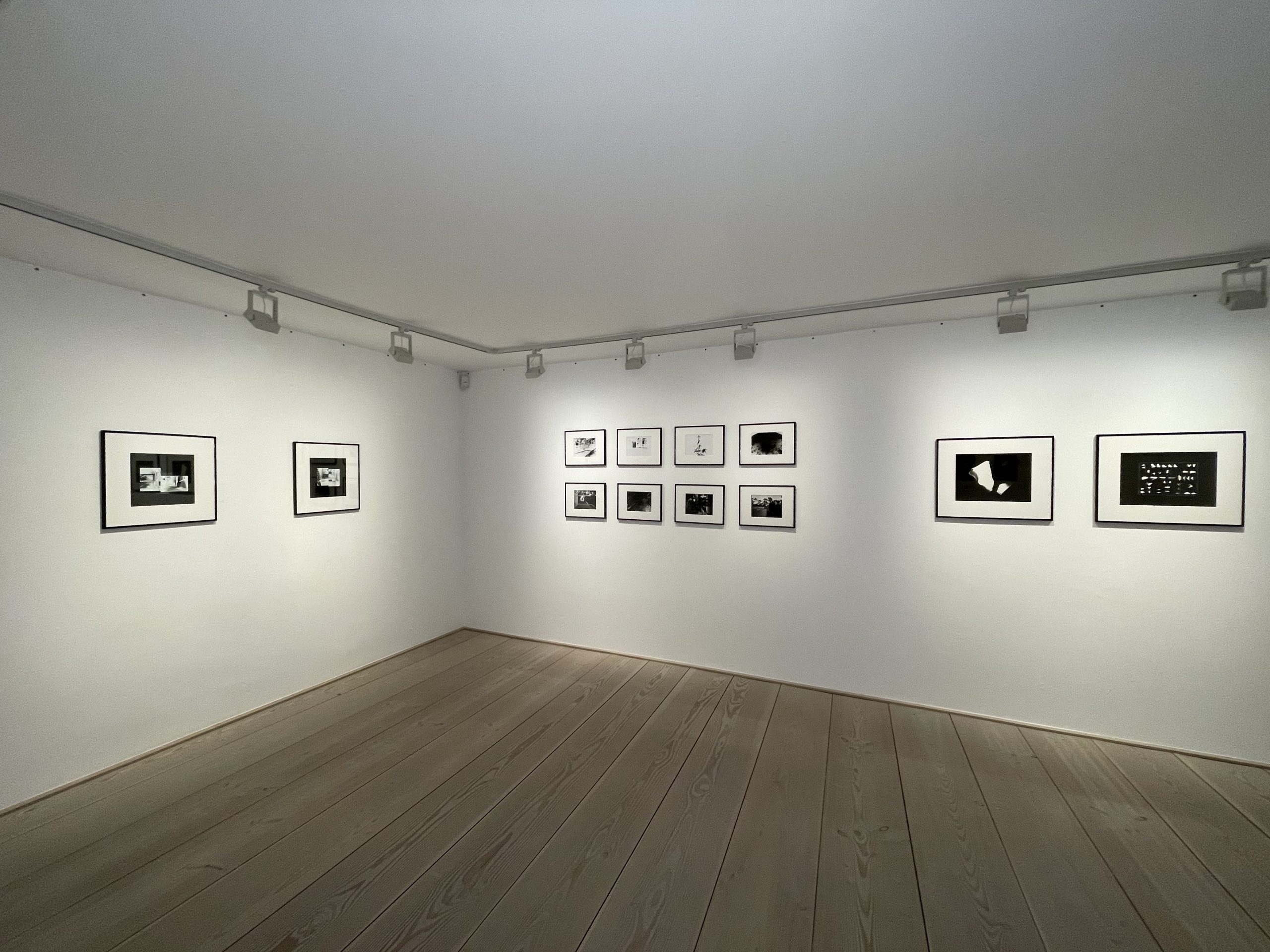