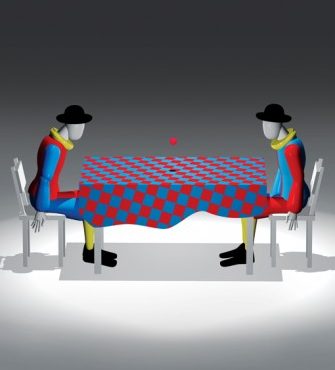 The gallery Anita Beckers was opened in Frankfurt in 1998, after initially being founded in Darmstadt. With the establishment of a video room at the new location, the gallery focused on the then still young medium of the moving image in permanent dialogue with the art market. This inevitably led to a constant search for cutting-edge positions that were juxtaposed with corresponding „classical“ positions already represented in the gallery. From this intense examination of video and media art, which were constantly shown on an equal footing with the other gallery exhibitions, the profile of the gallery developed over the years in synergy with the employees.

In 2005, Anita Beckers was awarded the Media Art Prize by the Saarländischen Rundfunks for her dedicated promotion of video art. In 2012, she initiated together with Julia Sökeland the video platform Blink Video (blinkvideo.de) that operates as a kind of “living” library for the moving image. Today, it boasts approximately 1,800 video works.