The Andean eco-region of the Eduardo Avaroa Andean Fauna National Reserve starts at 4,200m above sea level and covers more than 700,000 hectares in the far south-west of Bolivia. Geysers, mountains and erupting volcanoes dot and shape its landscape, but perhaps its most spectacular visions are its three species of flamingos – all of which can be seen to full, florid effect around the shallow salt lake of Laguna Colorada, the Red Lagoon. The lake gets its name from its waters, coloured red by sediments and the pigmentation of the algae upon which the flamingos dine.

Yet it was neither the lake’s arresting chromatism nor its most vibrant fauna that drew German photographer Dierk Maass to shoot this remote location, but rather its isolation. During an expedition in 2011, he travelled across the world – from the Andes to Antarctica, the Alps to Alaska – “to capture the magic of the remotest regions of the world”, and he was inspired to shoot wherever his eye was taken by visual sensations. Here, it was the contrast of the subdued monotony of the vegetation with the bright pink of the wading birds that made him pick up his camera. By using a long exposure, he allows the contours of the focal point, the birds, to merge with the landscape, harmonising the scene.

Similarly, Maass used that slow shutter speed to bleach out a derelict bus abandoned near the Bolivian-Chilean border mountain pass of Hito Cajon, gateway to the Eduardo Avaroa. “The remains of its corroded lacquer stood out like a mirage from a landscape of deserted inhospitality,” he says. “The scenery appeared bizarre, grotesque, even surreal. It woke ominous fantasies of what might have happened here.” 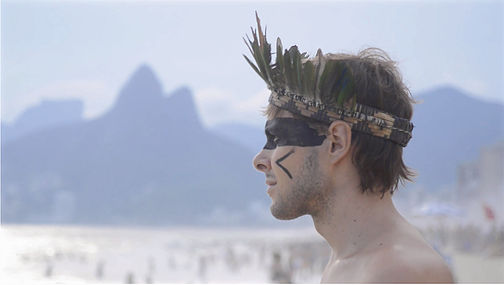