Exploring the ways we use history and its constructions, the Oakland-based artist Kota Ezawa describes his own practice as a form of “video archaeology”. Using iconic archival news or film footage, Ezawa addresses how we only remember the past through mediated images – from television, newspapers, cinema – and the dangers which entail from it. The same way as a moving Warhol silkscreen or a South Park cartoon, Kota Ezawa´s video animations employ few colours and details to inquire the power and overlap of popular culture, political action and high art. As a sort of digital approximation of paper cut-out animation, vibrantly coloured and stylized, his flat images are patiently recreated by hand – a single video can take up to a year to be finished – and finally presented to the viewer as a digital projection or a film, or a slide show. Ultimately, such a laborious technique is questioning how – in a culture charged with technologically mediated images – certain images prevail in our collective memory more than others and how rapidly they are replaced.

Kota Ezawa meticulously transforms found footage from television, cinema, and art history into simplified two dimensional vector-based animations. In City of Nature (2011) Ezawa appropriates and deconstructs excerpts from popular films including Jaws, Fitzcarraldo, Deliverance, and Brokeback Mountain. Removing all human presence, Ezawa concentrates on nature as the work’s subject, and its relationship with our visual representation of it. De-contextualized and stripped of any narrative content, the film clips are recognizable, yet untraceable, emphasizing the pervasive and subconscious influence of popular visual media on our collective unconscious.

In his exhibition The Crime of Art at the Galerie Anita Beckers in Winter 2016/2017, Kota Ezawa presented a series of lightboxes that reference theft, misappropriation and vandalism. Among Ezawa’s work is a version of Gustav Klimt’s “Portrait of Adele Bloch Bauer I” that was stolen by the Nazis before being returned to its rightful owner Maria Altman in 2006. Also on display are recreations of Caspar David Friedrich’s “Nebelschwaden” stolen from the SCHRIN Kunsthalle in 1994 and Johannes Vermeer’s “The Concert” stolen from the Isabella Stewart Gardner Museum in Boston in 1990.

We are happy to announce Kota Ezawa’s participation in the 2019 Whitney Biennal!

The Crime of Art

The Crime of Art 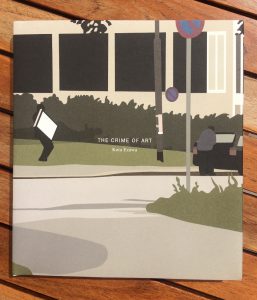 Published in accompaniment to the exhibition of the same name at SITElab, Santa Fe, by Radius Books. 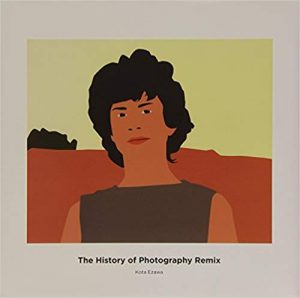