Jürgen Klauke is one of the key figures in German contemporary art history. Since the 1970s, the artist has pioneered photography as a tool to question and investigate gender and identity questions. In unyielding ways, his own body is used as a central medium of expression for his elaborate theatrically staged photographs. The figures in these scenes seem frozen and do not refer to themselves; they have left the sphere of all subjective moods to fill a more objective one. Using a provocative aesthetic, these tableaux explore eroticism and transvestite issues, as part of a larger interest in emotionality and intellect as instruments of analysis, representation and interpretation of identity and gender.

In Selfperformance, a tableau composed of 13 different elements from 1972/73, Klauke becomes the medium of transvestite transformation. In this work, the artist plays with different prosthetic elements, grows breasts, enacts the role of a bride and finally completes the sex change by exhibiting a vagina. Transformer (1973) is an icon within this search.

Another privileged subject matter in Klauke’s ouevre is his exploration of the schizophrenic artificial division between private and public roles. Verschleierung (1973) is a vehement example of this representation of the struggle between individualization and society’s impositions. This sketch of the paradoxical, the bizarre, and the excessive addresses the unconscious of the viewer himself. This playfulness is especially evident in Dr. Mueller, produced in 1977. The underlying yet increasing violence reaches a peak in his 1977 tableau Konfrontation. This idea of struggle, aggression and transformation throughout time translates also very well in his tableau Rein-Raus from 1976. In this work a business man wearing female lingerie is attacked by his own suppressed desires and changes gender by the end of the process. These carefully constructed photographs combine elements of personal experience with ritualized action in sequences which address both the sociological and psychoanalytical structures which command our reality.

Very few artists have a conceptual approach that can be compared with Klaukes artistic concept. The use of series has been long pursued since the first Happenings and Fluxus activities, but its main function here is to objectify one’s own existence in reality, to define perception and locate the self in space and time. In this way, Klauke makes a pioneering contribution to the approach of the medium of photography known as staged photography, and succeeds in exploring the problem of identity and in focusing on basic questions of the existential and social reality. It has been pointed out that Klauke is one of the few artists who are able to make the human condition his theme without falling into an expressive gesture of activism, still his most important contribution lies in his vigorous search into the question of gender and identity.

Age of you – The Extreme Self

Writing the history of the Future II 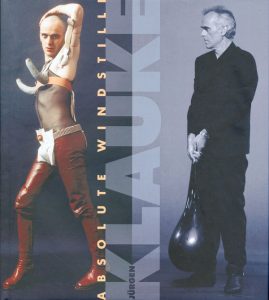 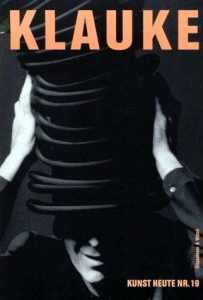